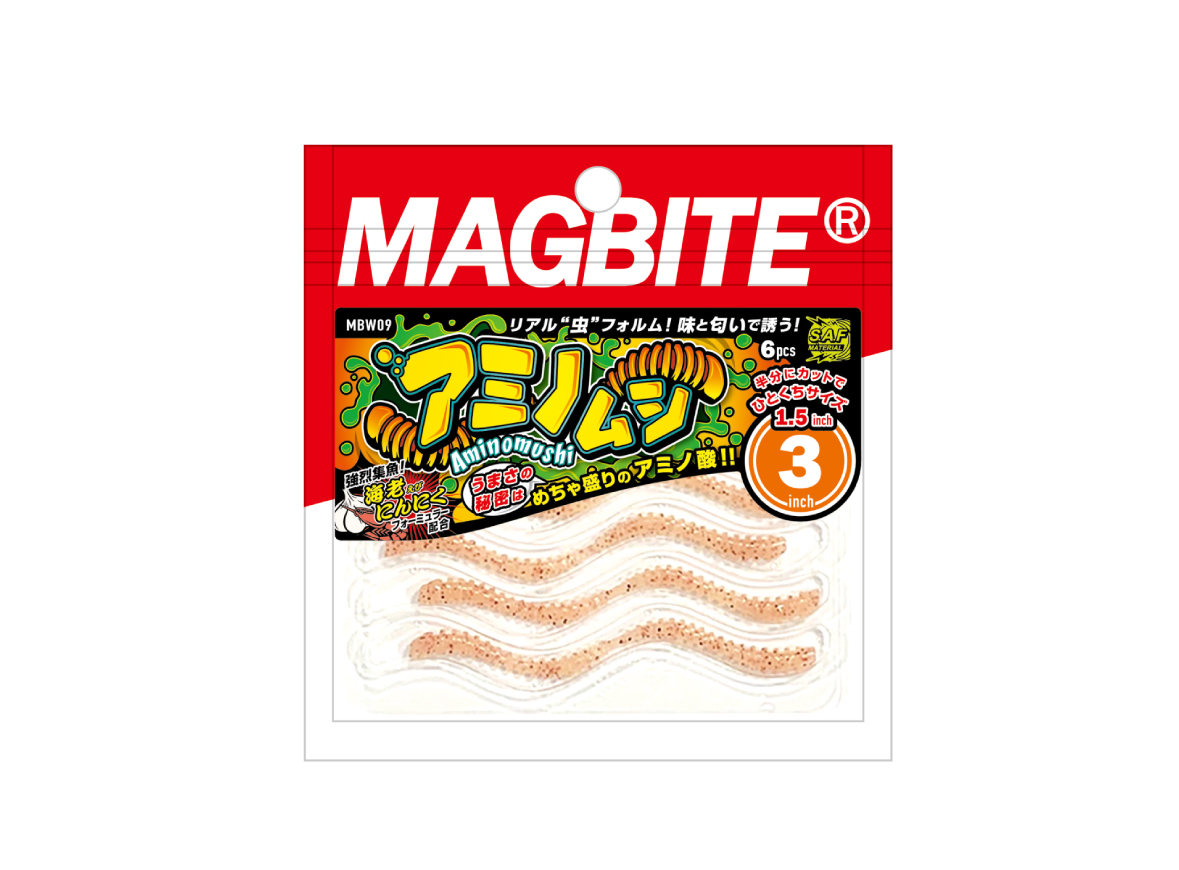 Insect-type worm that can be used for various fish species

A lot of amino acids with outstanding fish collecting power!

The asymmetrical form creates a undulating “insect movement” in various actions such as swimming, lift and fall. The “Kunekune Body”,

which is a realistic reproduction of insect food by kneading a large amount of SAF material shrimp garlic formula and amino acids,

has excellent fish collecting power! It is finished in a slender specification that even small fish can easily inhale.

With a mark that is easy to cut in half. 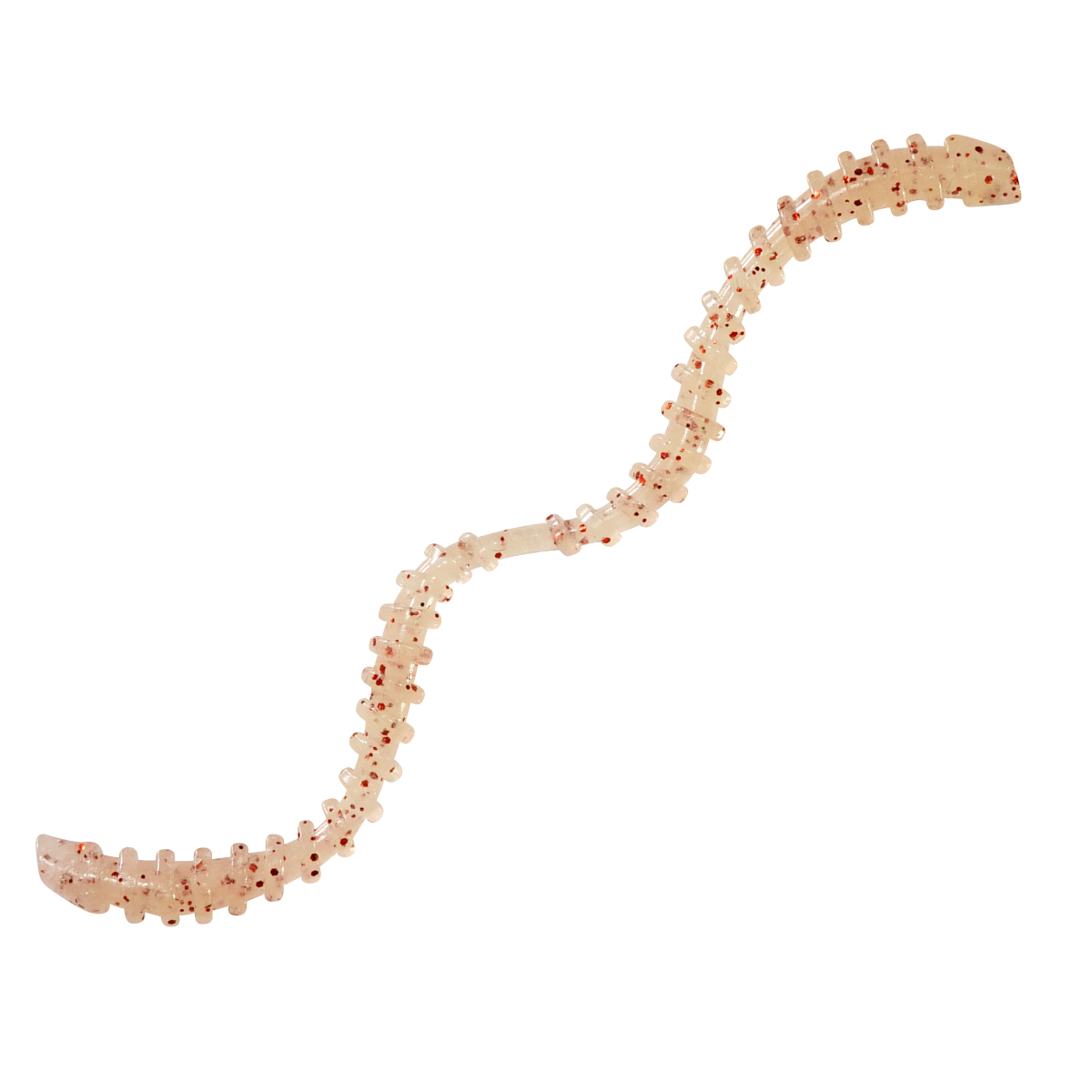 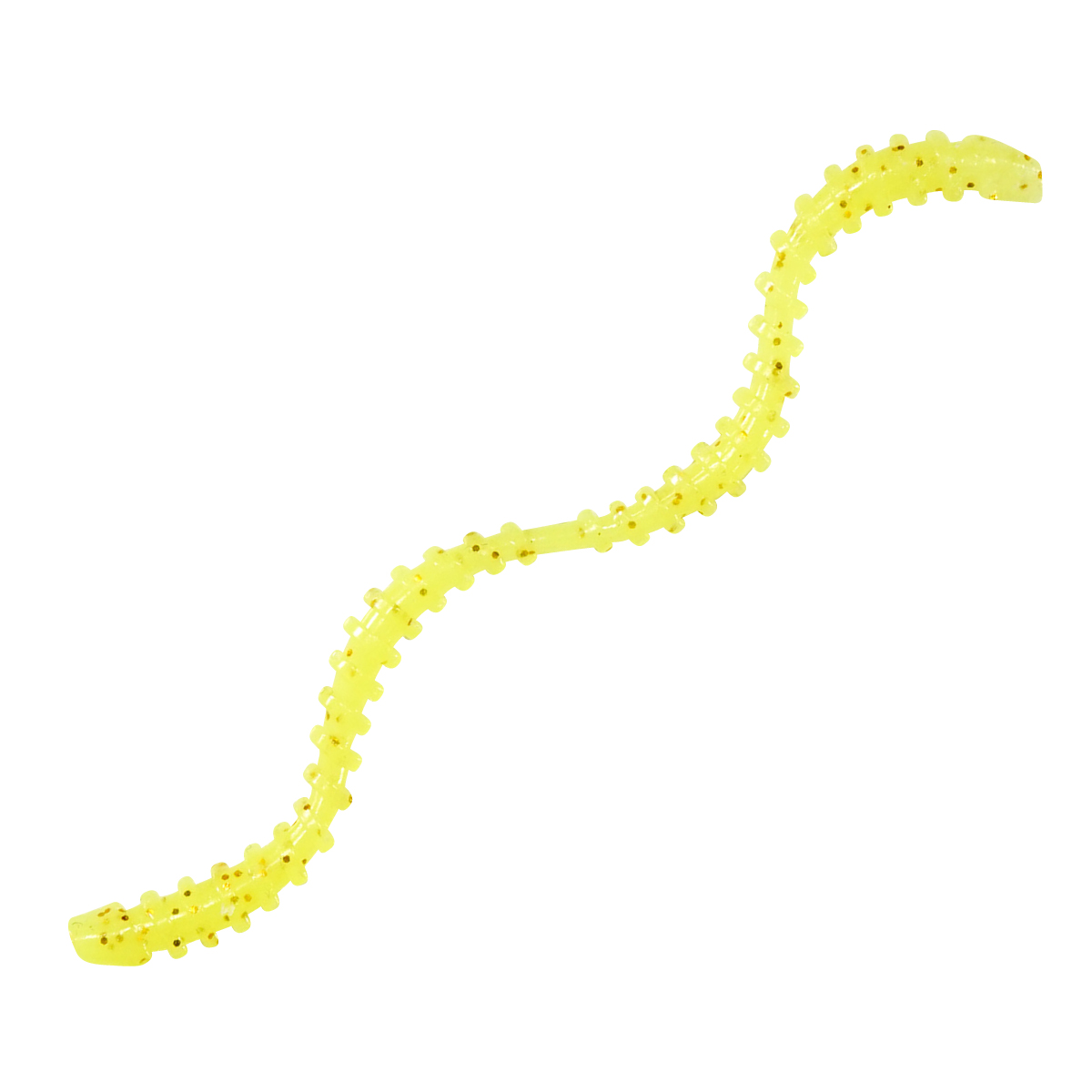 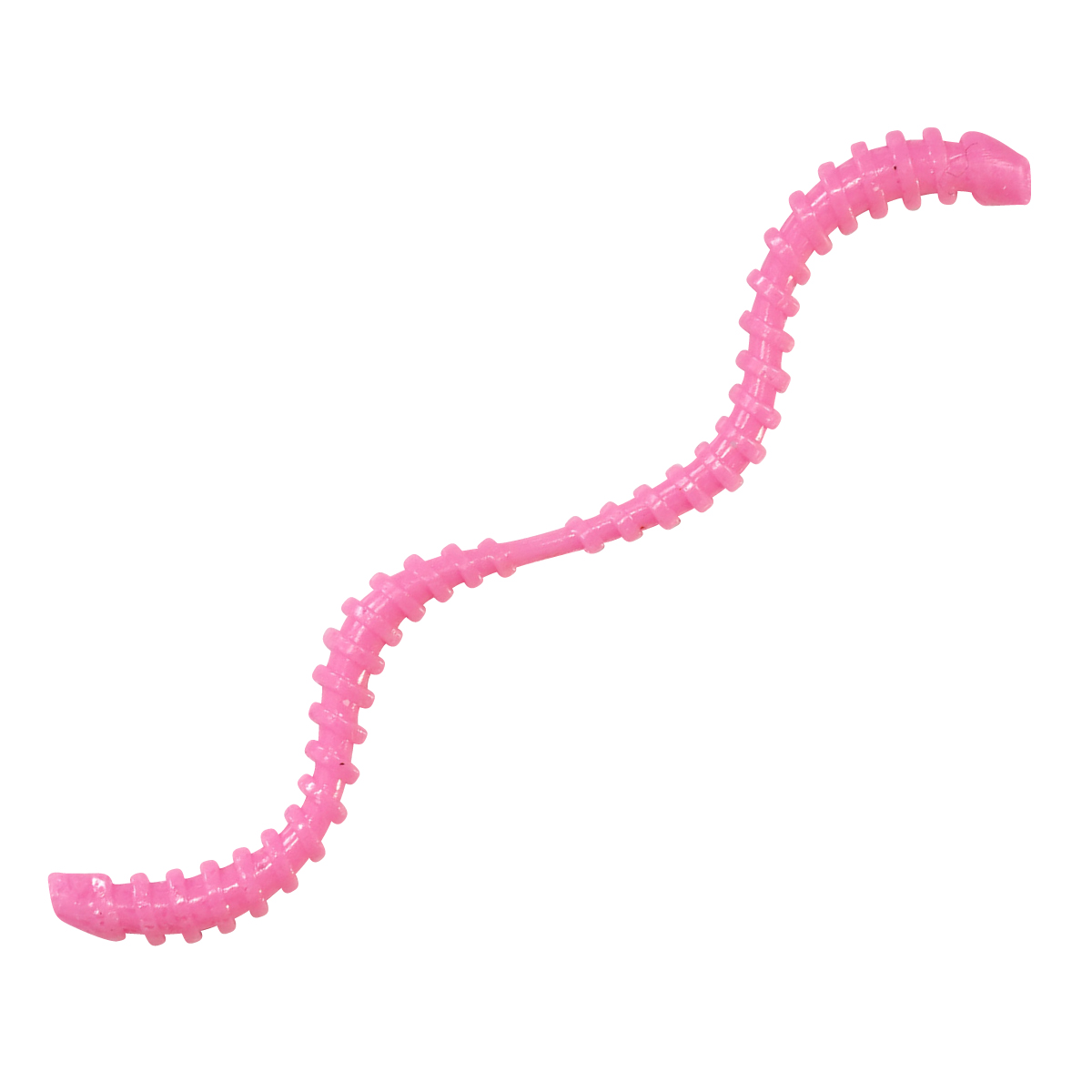 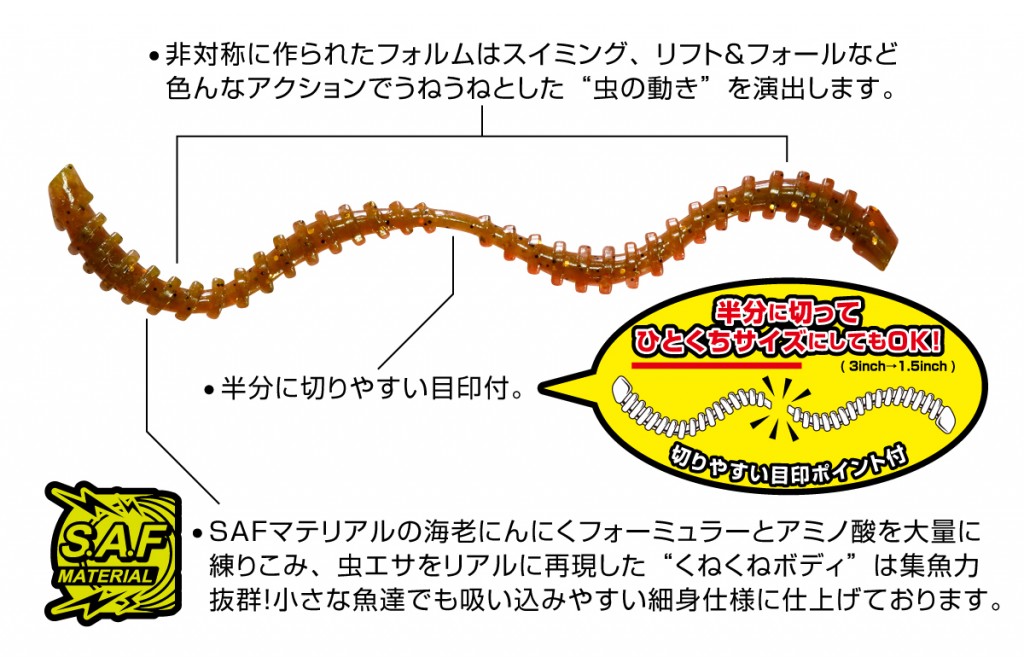 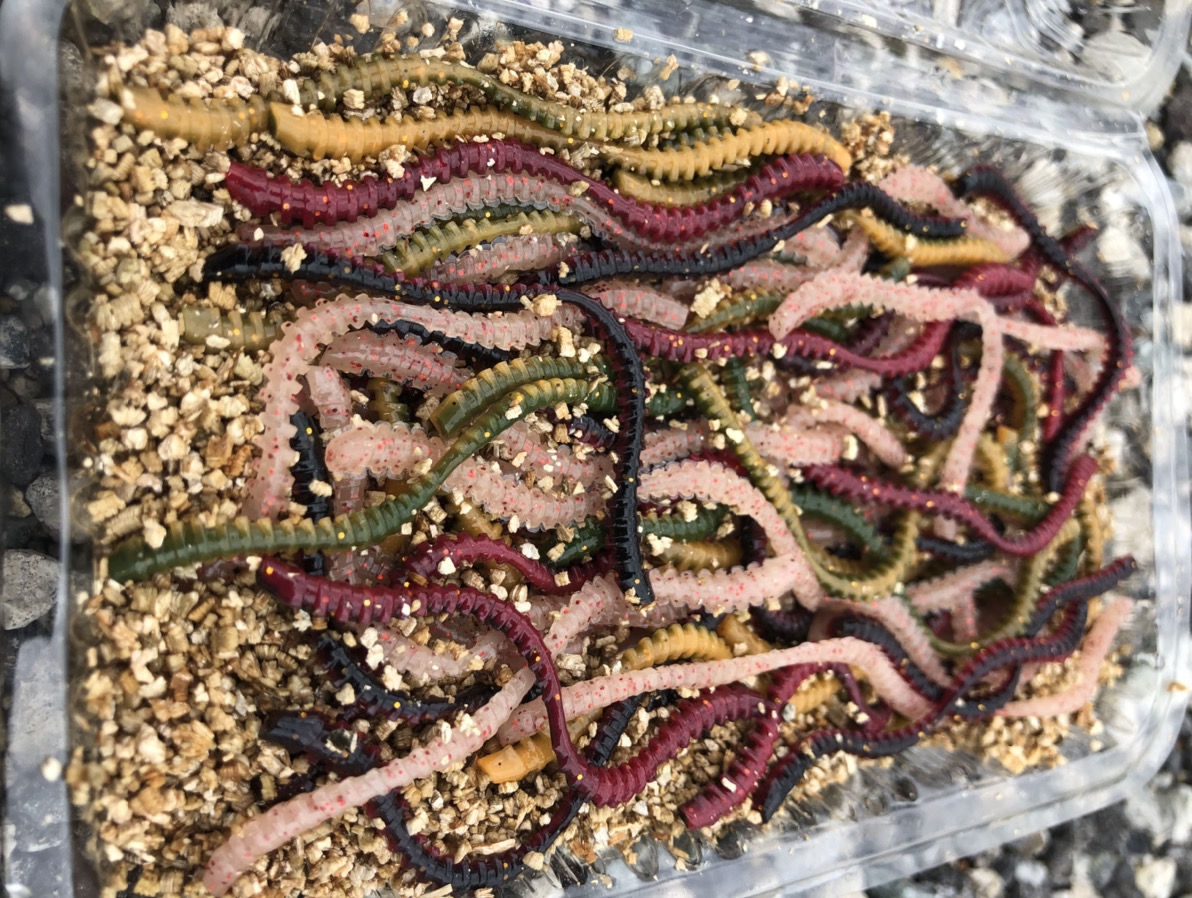 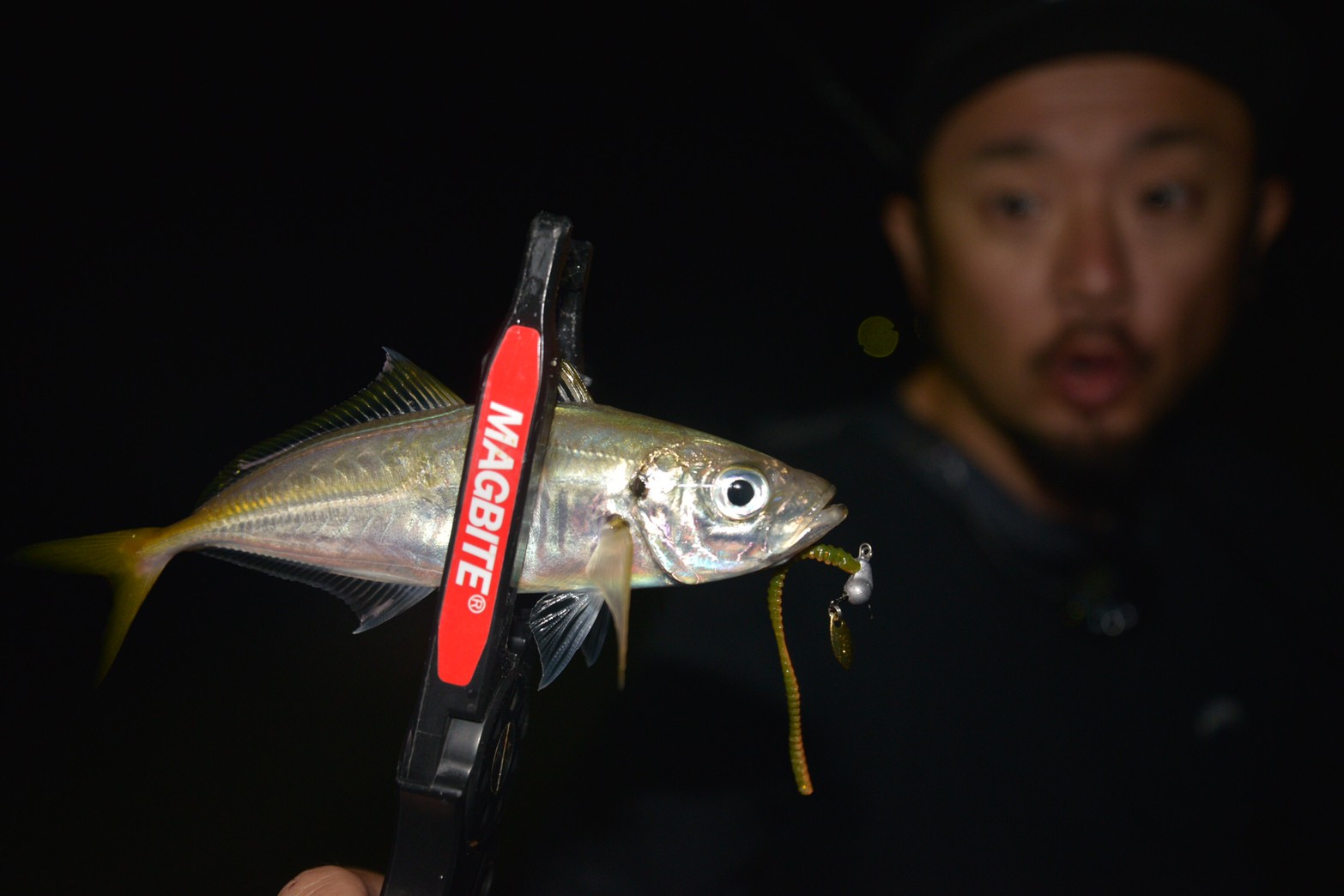